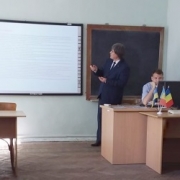 The ELTECS Regional Scientific and Practical Conference – “Electrotechnical and Computer Systems: Theory and Practice”, held on June 24-26 at the National Polytechnic University of Odessa, has among its participants a team of two researchers from the Institute of Energetics and a PhD student from the Technical University of Moldova.

The director of the Institute of Energetics, dr. Mihai Tîrşu, scientific researcher Mihai Lupu and the PhD student Sveatoslav Postoroncă, graduates of TUM, presented at ELTECS-2019 a comprehensive report – “Impact of centralized and individual heating of apartment buildings on the environment” (case study for Chișinău municipality in Republic of Moldova).

The report was prepared on the basis of a study conducted by the Institute of Energetics, which is a comparative analysis of the impact of the two types of gas supply (centralized and autonomous) on public health and the environment. The results of the study reveal the advantages of the centralized system of supply with thermal energy in the municipality of Chișinău, produced at CET1 and CET2 with the use of co-generation technologies.

According to the authors, the study will continue with an analysis of the situation regarding the heating in public buildings of Chișinău, but also in the city of Bălți, where the problem of hot water  supply will be solved, a service that has been ceased for several years. At the same time, the situation in the districts where the thermal energy is no longer centrally supplied, and the networks and thermal power plants have irrevocably degraded, has to be evaluated.

Given that the Republic of Moldova uses, for the most part, fuels and inefficient systems for heating, with harmful effects on the environment, the subject is also approached in the entrepreneurial research carried out on the basis of the concept of “smart specialization” launched by the EU and supported in Moldova by the MECC.

The issue also has a wide international resonance, as proved by the similarity of topics addressed each year within ELTECS, with a strong emphasis on major issues in electrical engineering, information technology, and the use of IoT in increasing the reliability and stability of software and hardware systems. 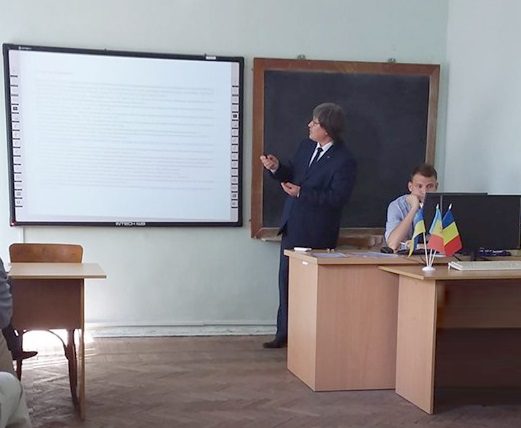