Blog - Latest News
You are here: Home1 / News2 / Vasile NEDELCIUC: “In the years to come, IT will the most promising... 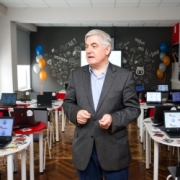 Vasile NEDELCIUC, co-founder, ex-director, ex-president of the Board of Directors of the company Endava Moldova, is a graduate of UTM, 1972, specialty “Automatics and Telemechanics”.

He made his first steps in becoming an IT specialist at the Technical University of Moldova (before, the Polytechnic Institute in Chișinău). Starting with boolean algebra and machine programming, then continuing with logical design of digital systems, he succeeded in becoming a talented scientific researcher, then a lecturer at Alma Mater, in the field of computers and computer science.

Due to the democratic changes at the end of the 90’s, at the insistence of his university colleagues, he enters into the great politics, being one of the most influential parliamentarians during three legislatures (1990-2001).

Backed by extensive professional experience in scientific, didactic, political and managerial fields, at the end of 2000, he founded Compudava, the first IT company in Moldova, together with two other colleagues and a British investor. In just a few years, it succeeded in affirming itself on the Western market and then merged with a londonese company, thus laying the foundations for the first multinational company with Moldovan roots, listed, in the summer of 2018, in the New York Stock Exchange, Endava PLC.

Today, Endava is a multinational company with offices located on three continents, in 13 countries, with over 5,500 employees.

Vasile Nedelciuc comes with a strong message for the young people who wish to pursue a career in IT:

“In the years to come, IT will be the most prosperous field of attraction and activity for Moldovan youth. And this is because, virtually, no other specialization guarantees the certainty of a well paid working place after graduation, at home or anywhere else. Digitization and automation in all areas of human activity have just begun to progress. According to some studies, in about 20 years our cars won’t need drivers anymore; the work of lawyers or family doctors will be taken over by computers; most medical operations will be made at a distance with equipment that is based on IT; the majority of jobs will not be in headquarters and offices as it is today, but virtual, distributed in space, including at home, interconnected and functional through smart IT supranational networks. All these systems and instruments must be thought out, elaborated, set up and administered. And no one can do it except those who know both computer science and electronics and devices. The connection between electronics and IT will be crucial for the next 25 to 30 years: IT has gone a long way and electronics remains somewhat behind. There is a need for many specialists in the field, and Moldova has no resources or areas to offer as many well-paid jobs with access to international companies. IT will certainly bring the key share to the country’s GDP. An IT company gives people the chance to achieve something at home, working for Westerners, traveling around the world, turning them into citizens of the Universe!” 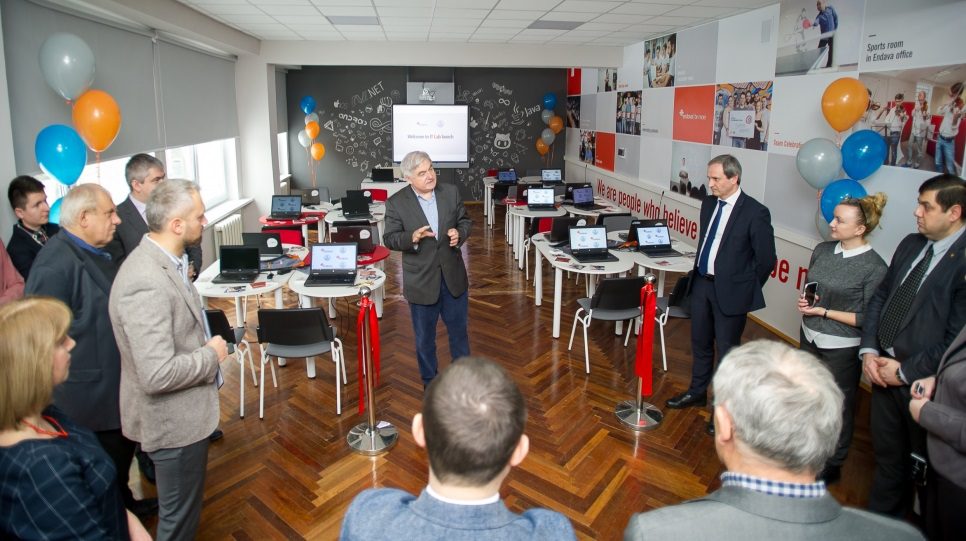 Stanislav CEBOTARI, FIEB-UTM graduate: “UTM builds a strong base for a...

This site uses cookies. By continuing to browse the site, you are agreeing to our use of cookies.

We may request cookies to be set on your device. We use cookies to let us know when you visit our websites, how you interact with us, to enrich your user experience, and to customize your relationship with our website.

Click on the different category headings to find out more. You can also change some of your preferences. Note that blocking some types of cookies may impact your experience on our websites and the services we are able to offer.

These cookies are strictly necessary to provide you with services available through our website and to use some of its features.

Because these cookies are strictly necessary to deliver the website, refuseing them will have impact how our site functions. You always can block or delete cookies by changing your browser settings and force blocking all cookies on this website. But this will always prompt you to accept/refuse cookies when revisiting our site.

We fully respect if you want to refuse cookies but to avoid asking you again and again kindly allow us to store a cookie for that. You are free to opt out any time or opt in for other cookies to get a better experience. If you refuse cookies we will remove all set cookies in our domain.

We provide you with a list of stored cookies on your computer in our domain so you can check what we stored. Due to security reasons we are not able to show or modify cookies from other domains. You can check these in your browser security settings.

These cookies collect information that is used either in aggregate form to help us understand how our website is being used or how effective our marketing campaigns are, or to help us customize our website and application for you in order to enhance your experience.

If you do not want that we track your visit to our site you can disable tracking in your browser here:

We also use different external services like Google Webfonts, Google Maps, and external Video providers. Since these providers may collect personal data like your IP address we allow you to block them here. Please be aware that this might heavily reduce the functionality and appearance of our site. Changes will take effect once you reload the page.

The following cookies are also needed - You can choose if you want to allow them: